Just a small devlog to talk about recent changes in the game.

I worked on a data tracking for a week and it's finally out, basically I'm sending the player runs to a database.
I needed to learn SQL and some PHP to make the connection with Unity, this was a great challenge!

This will be very useful to balance the game. For example I will have access to the cards with the best winrates, the cards which are less picked... This can also gives funny stats like the biggest dps for a tower ever made! Can't wait to see what your crazy strategies are.
You can check out what data I'm recording in the "Drafting Towers_Data/runs" folder in windows builds. 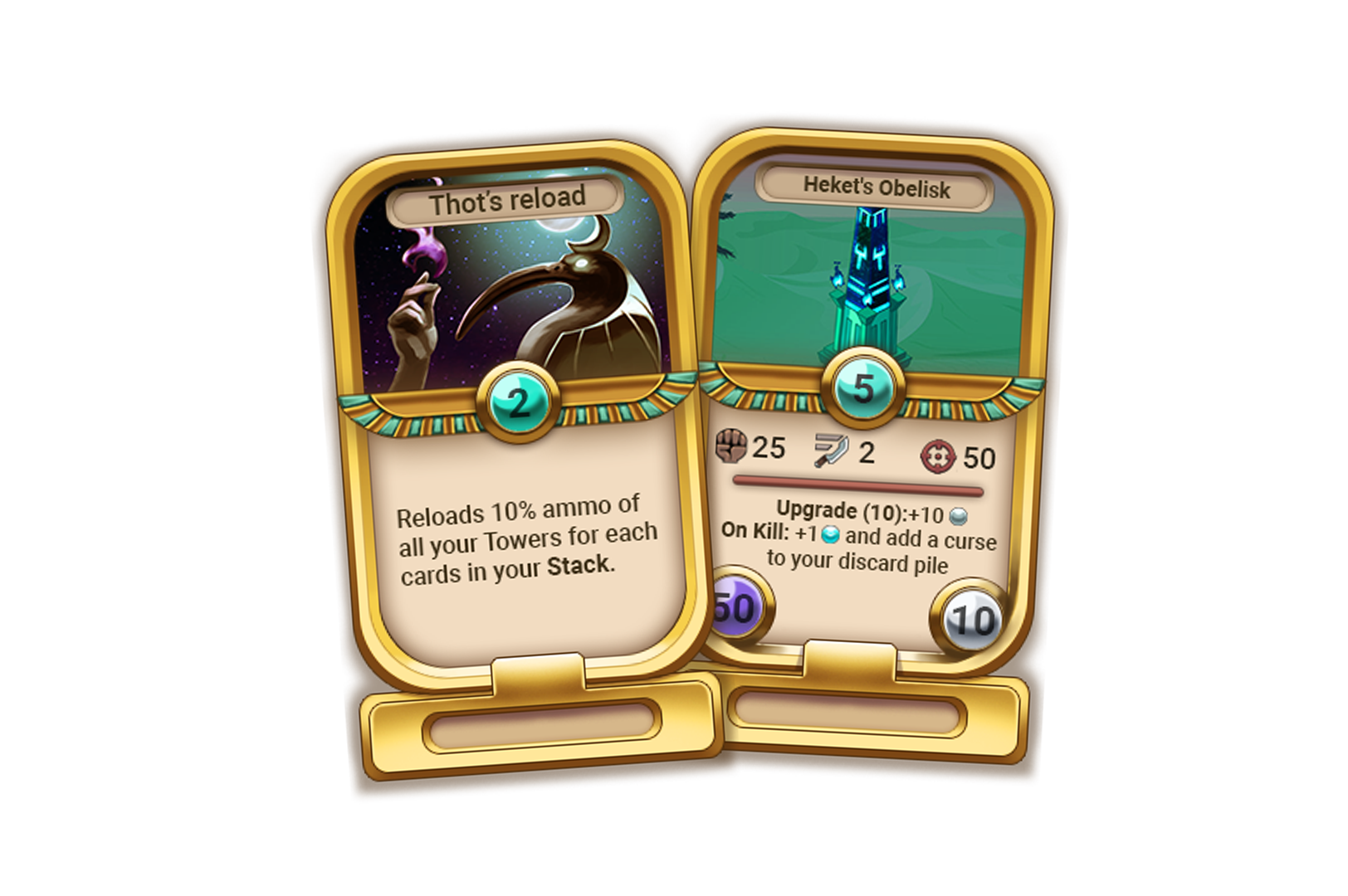 This update also come with a small balance change :

- New card : thot's reload which promote bigger decks
- Buffed Heket's obelisk (+5 attack, bringing its dps to 50)
- Curse now arrives in discard pile instead of draw pile, the change was made to avoid having 10 curses in a row in stack pile
- Forbidden looting now gain golds from cards in the discard pile

See you later for more news!